It’s nearly the start of the summer holidays at the universities I teach at. I wanted to set something to do for the students so that they use English but don’t require me to come back to a large volume of marking. Not many of my students read enough, so I thought some poetry might be good. It’s short, interesting and probably something that they would not think about choosing themselves.
What’s the task?
The task is reading for pleasure. It is absolutely non-compulsory. It’s the summer and not everyone is lazy. Part-time jobs get busier, as do familial and social obligations.
So, why and how did you elaborate the poems?
According to Michael Long (2015) elaborated texts are richer and therefore provide more in the way of natural, comprehensible input as opposed to simplified texts. You can’t really add a ‘which means X’ clause in a poem line, though. What I can do is make in-patient pop ups appear with corpus data, pictures and questions. I chose to do it on the internet because Beatty (2012)says that it offers useful affordances for elaboration. 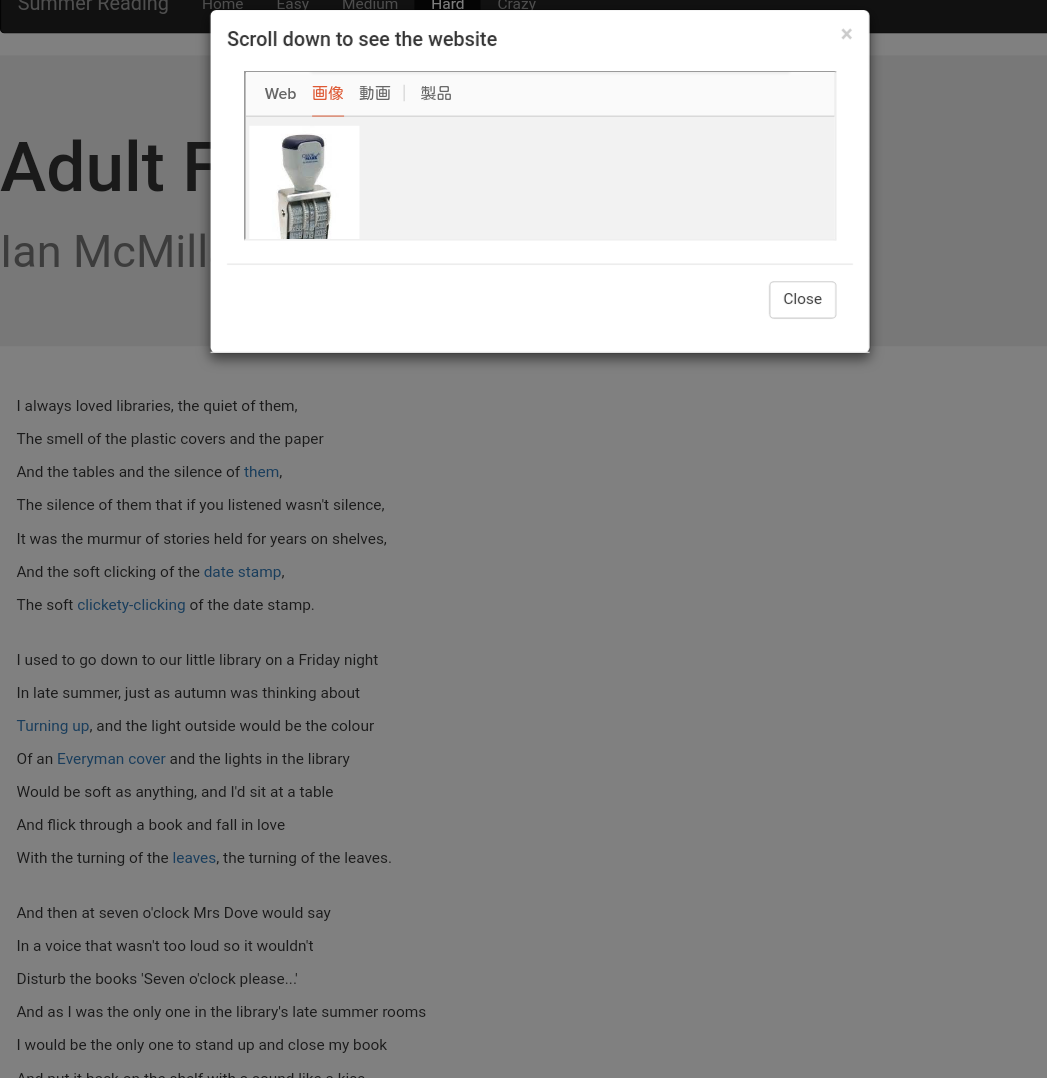 I used the Bootstrap framework to design the site, which means it’s grey but it is responsive to mobile devices.
The websites I used for elaboration were SKELL and Duck Duck Go. Note that Google and Twitter do not let you embed their pages in iframe tags (tags that let you display other websites in your web page).
It’s not perfect; the design could be better and I’d like bigger type in mobile view. For a few hours work, I think I did OK.
References
Long, M. (2015) Second Language Acquisition and Task-Based Language Teaching. London: Wiley.
Beatty, K. (2012) Teaching and Researching Computer Aided Language Learning. London: Routledge.

5 Replies to “Notes on Web Design for Elaborated Texts”