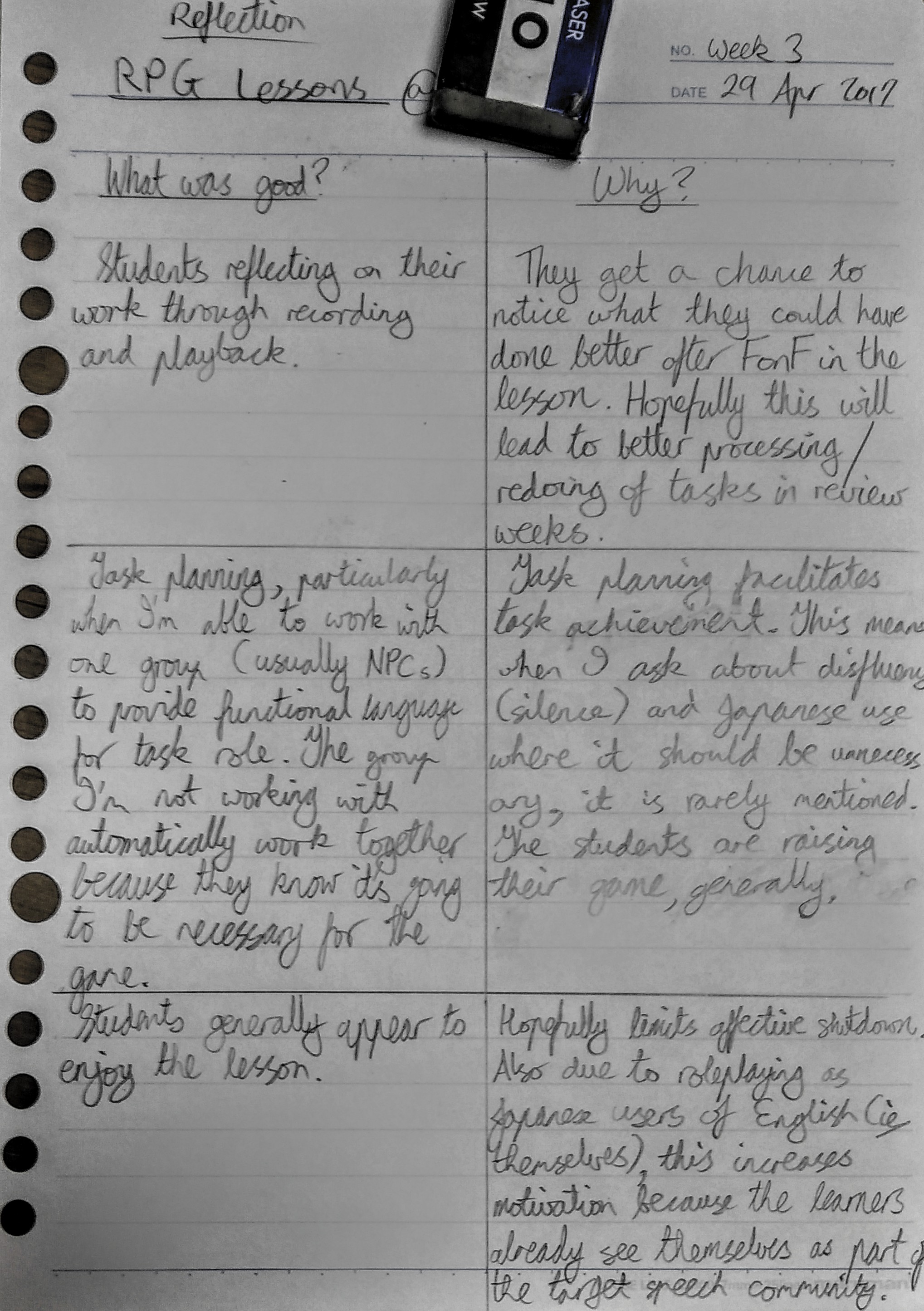 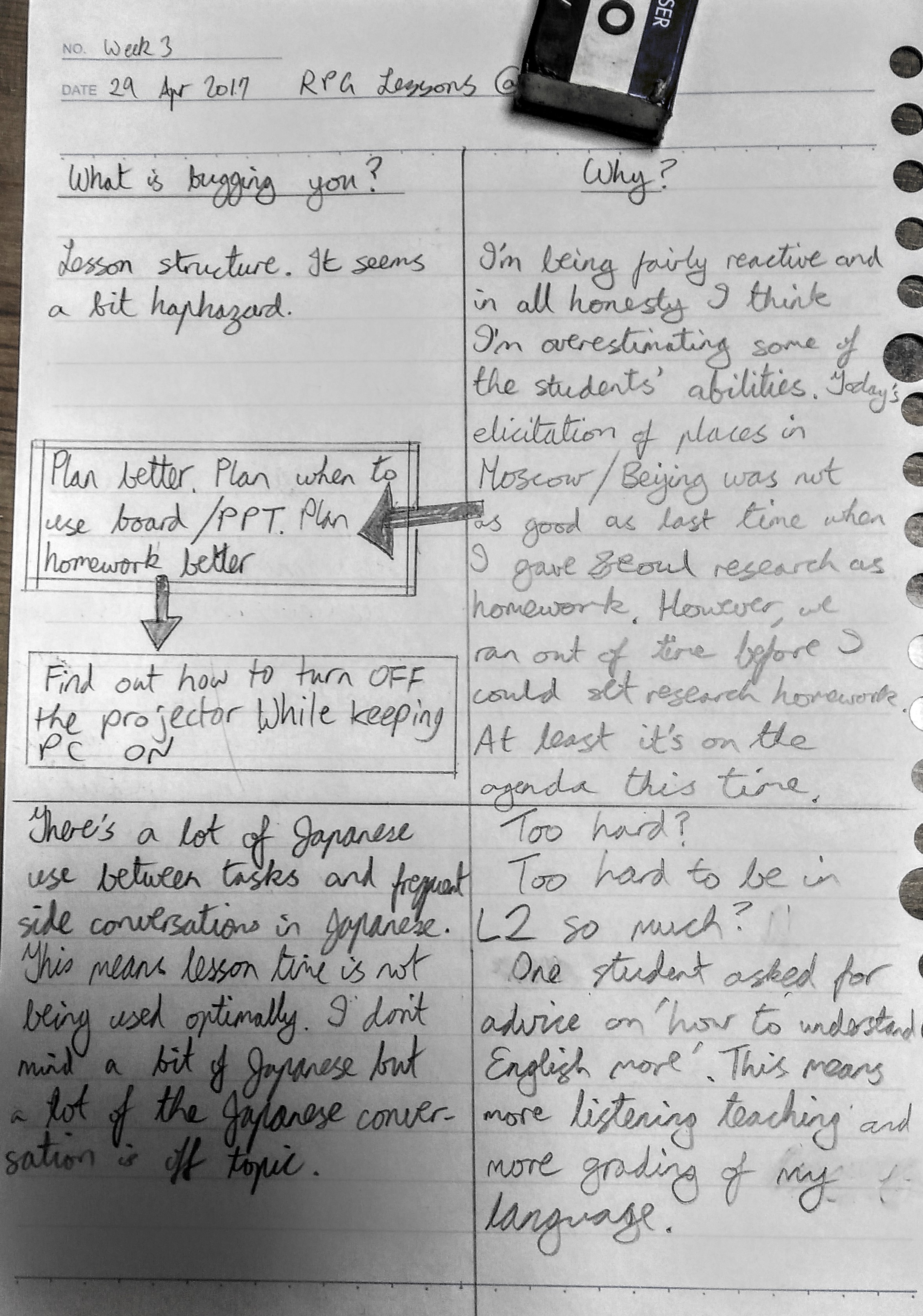 The Wrath of the Math

“Huh?”
“Your points are 2 for taking a taxi, plus 1 if you told the driver where exactly to let you out. Then roll the D4. Add courage points to the D4. Divide them by 5.”

I should have seen this coming. How often do you see any English for arithmetic in EFL materials? Never. How many of these ladies at Ladies’ College of Suburban Tokyo (LCST) have played RPGs before? None, so the D4 terminology from the first lesson went in one ear and out the other of some students.
Next time I will provide a little bit of Focus on Form on the arithmetic terms and hope that our dining role plays go well, because other than the maths, it was a good lesson.
Read Here be (Dungeons and) Dragons previous ‘chapters’: 1, 2
Read the future chapters 4, 5, 6 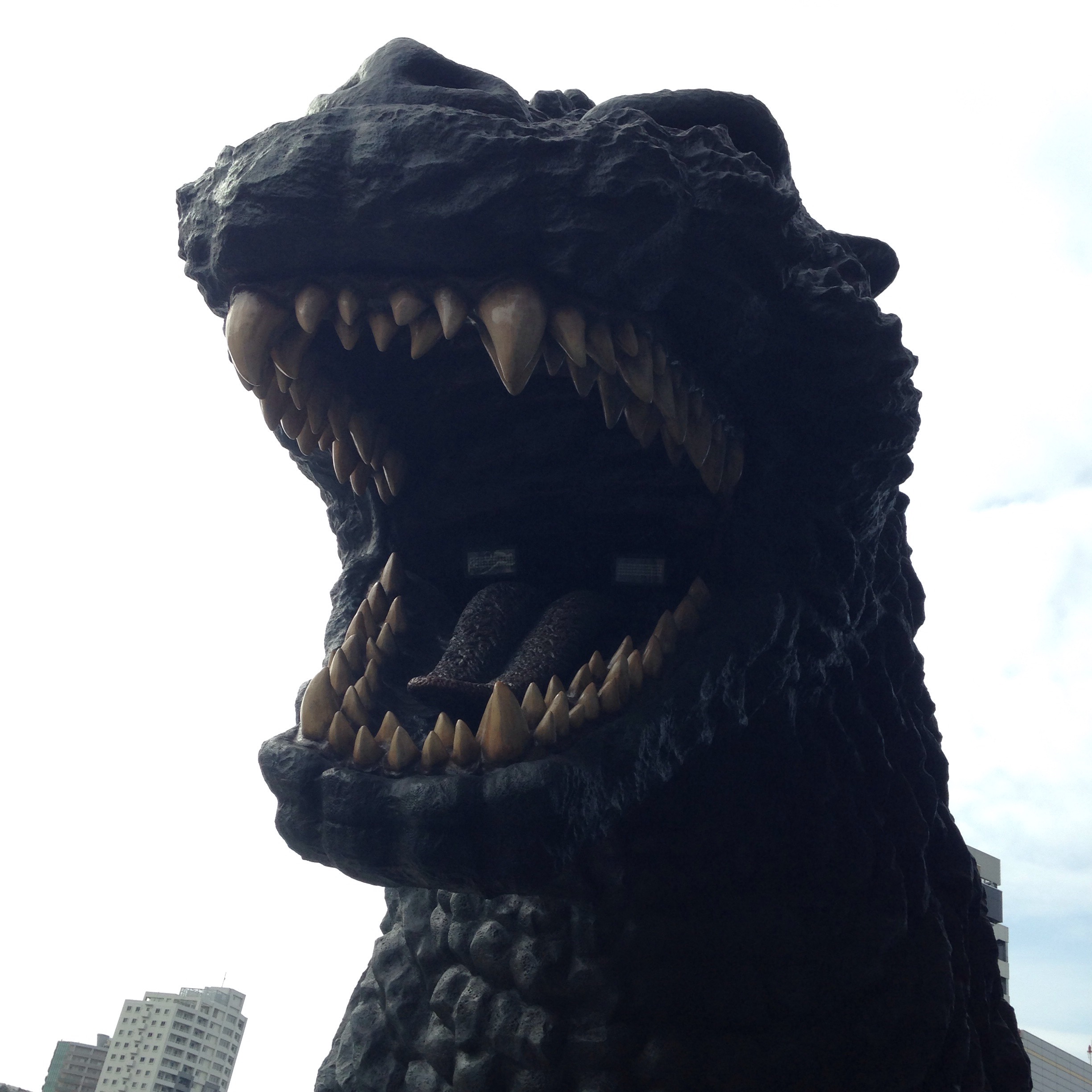 During the last few months and to an extent the last year or so there have been a few bits and bobs about diversity in ELT. Two examples off the top of my head are:
The queering (or actually not) OF ELT materials by Angelos Bollas (talked about at Innovate ELT 2016 and this year’s IATEFL).
Emily Hird’s post on diversity in ELT materials (by big publishers).
All of this leads me to believe that one OF the best tools we have at our disposal as teachers is Dogme, going materials light. This gives greater opportunity to go to places prompted by the learners and teachers rather than hem in conversation by implicitly suggesting a norm in a textbook.
A case in point would be the usual heteronormative, racially homogeneous family tree. One might get into hot water from bosses in very conservative institutions. If the work is learner centred, the basis of learners’ families is the basis of discussion. The way other families are portrayed on TV and in movies often come up in questions. How many learners have divorced parents? Step-siblings? Half-siblings? LGBTQ relatives that are married or living together? Heck, even straight people merely living together is risqué on coursebook land.  That’s just an example of what could come up when talking about one topic.
If you have a diversity problem in your materials, are you sure they aren’t overly simplistic? If they are overly simplistic in diversity, as well as language that learners may require  to meet their communication needs, why are we pussyfooting around the deficiencies of expensive dead trees and not instead boldly using our learners’ lives to teach real life.

Recently it feels like I have been taking part in a lot of research projects. I don’t think I have, not when I sit and count, but it feels like it. It could be a massive pain in the bum but I actually like it.
For one thing, other people’s research about teachers and/or teaching is unlikely to align exactly with one’s current wondering about teaching. This is likely to cause one to consider one’s classroom practice, beliefs or CPD process more deeply than before. Another thing is that when you are stating practices or beliefs, you’re making it coherent because you don’t want to be “Well, I don’t know why.” Although I am sure that I have screwed up my face on Skype while searching for answers in the back of my mind.
Next time you see a survey circulating on social media, why not have a go. Help build our body of knowledge. And help find the figurative lost bit of jigsaw puzzle of your mind from under the sofa.

First day back at A University Outside Tokyo today. All new courses as I decided to rewrite the one course that was the same.
Anyway, I have a course for repeating students. I requested this for the challenge and thought it would give me a chance to try new things to up motivation. 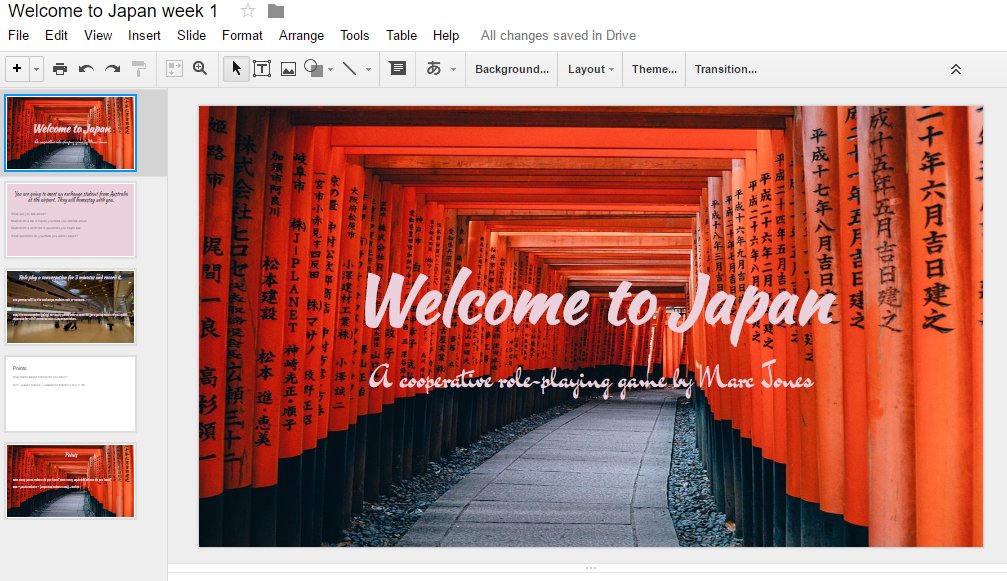 15-week role-playing game based roughly on a Dungeons & Dragons-type game mechanic? Based on welcoming an exchange student? Let’s enter the dungeon.
It’s very much a Role Playing course, with a minor game put in. It’s sort of a hybrid of Daniel Brown’s EFL RPGs and James York’s Kotoba Rollers framework. The students have (electronic) portfolios to submit, which should include audio recordings of role plays, transcriptions of part of that audio, vocabulary and grammar notes.
It’s just the first week but the students seem relatively enthusiastic, especially with the 20-sided, 10-sided and 4-sided dice.
The non-player characters (exchange students, parents, etc.) are not played by a Dungeon Master (teacher) but by the students and decided by values of dice rolls. There is a bit of task planning, task recording and task reflection, as well as focus on form reactively.
I still need to work in more about the strength, courage, observation and stamina points more clearly in my mind but at least it wasn’t rejected point blank.
Read Here be (Dungeons and) Dragons future’chapters’: 2, 3, 4, 5, 6