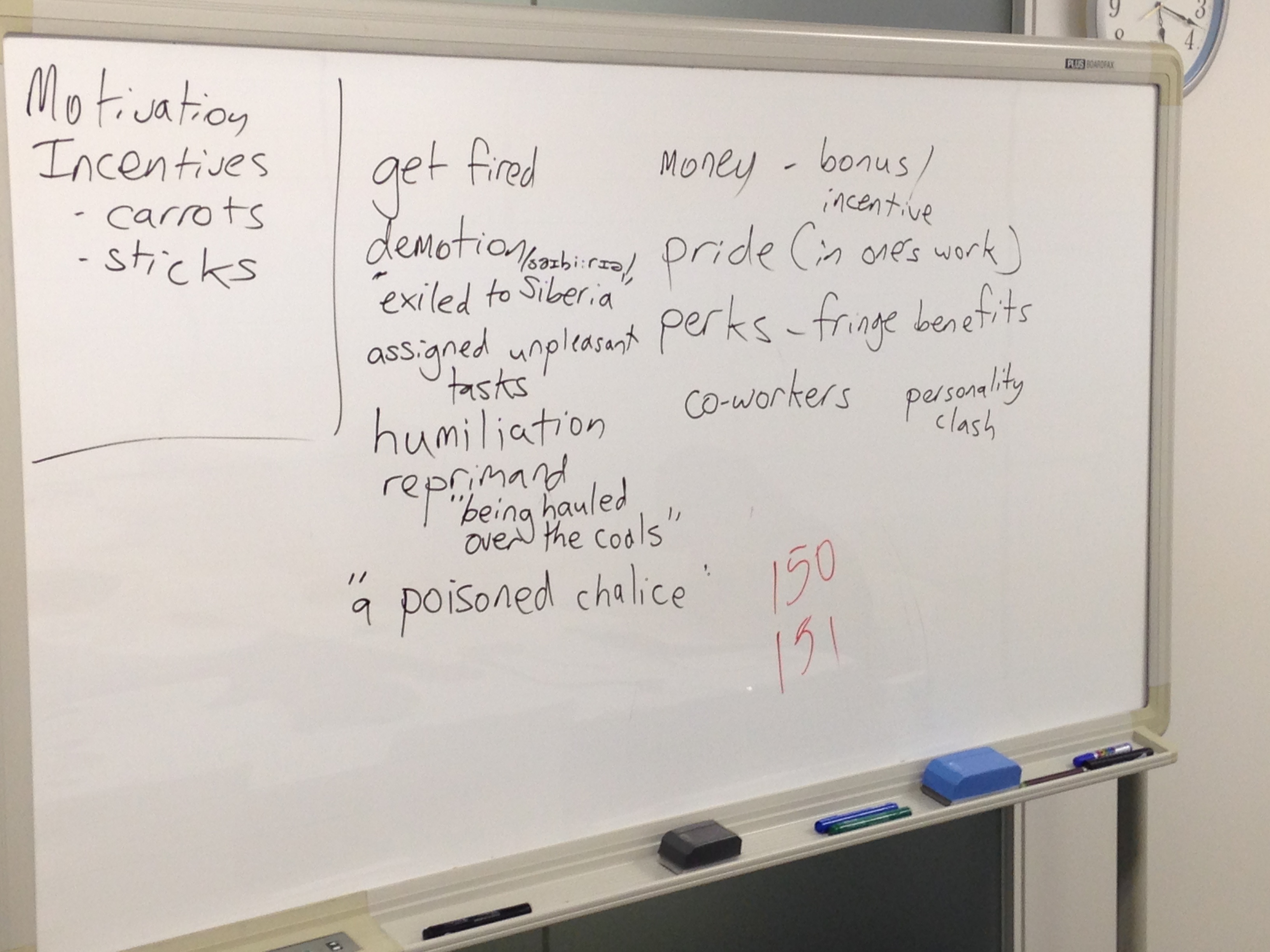 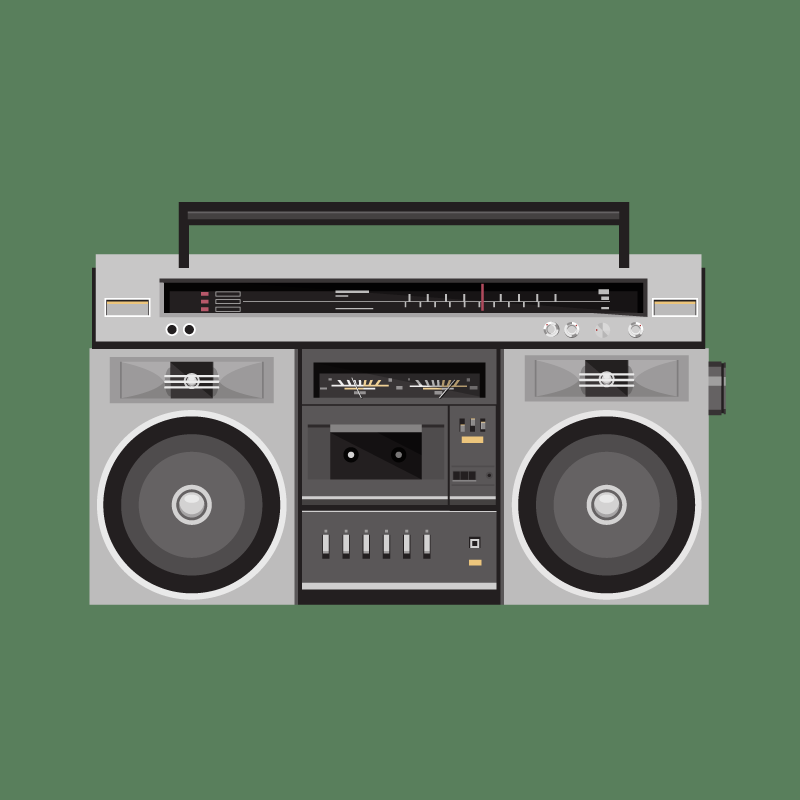 Last post I wrote about the priority of making materials pretty as opposed to suitable for purpose and why it leads to a lack of bottom-up skills teaching. I was also asked very nicely for a part 2 on bottom-up activities. Unless otherwise stated this is just what I do or have done. You know what will probably work with your students.

Edit your text, simply. What items do you have in the text that learners will probably find problematic? Copy your mp3 file, edit it (using Audacity or Ocen Audio; I prefer Ocen Audio) so the item is in isolation, add a second or two of silence each side and copy the audio and paste it a couple of times. You should have a file with the same word/chunk/tone unit/whatever three times. Do the same with any other items you want to focus on. This sounds time consuming, but it only takes about ten minutes or so when you get used to it.

Well, apparently we carry auditory prototypes of lexis about in our memories. While we don’t expect to hear the actual prototype, we have wider tolerance the more variations we hear.
Are you embarrassed by ridiculous voices? Well, I have no shame. I will utterly mug it up in the classroom, pronouncing target lexis in bizarre, but still generally decodable, pronunciation affectation. Overly high pitch, lisping, stammering, changing vowel quality. With my mouth hidden so as to avoid being lip read. Something I plan to use in some classrooms with internet access is Youglish. You could also use a subtitle downloader, video downloader and Grep if you have coding skills or a ton of time.

The oldie but goodie. Use a short text or read a short text, twice or so. Have learners identify the stressed word in each tone unit and take notes. Learners then regrammar the text based on what they heard and grammar knowledge.
You can vary this by asking learners to also note the words prior to and following the stressed word. This is useful for function word awareness, especially with the weak form of ‘can’ /kən/.

Another activity for identifying target items and working with preceding/following items is to cut up and reorder a text *as a group*. I do this with a class I teach through songs. It is a success in having learners think about what they hear following a line of song. It has also worked with short dialogues with a lot of backchannelling that would not be easily sequenced by discourse adjacency awareness (appropriate response awareness) alone.

Hada Litim told me about an activity where the teacher draws a line on the board, and then learners listen, placing stressed words above the line and unstressed words below. I shall steal this at my earliest opportunity.

There is a great post somewhere, I think, on listening bingo on Richard Cauldwell’s site. Unfortunately, I can’t find it. He suggests writing some word or phrase pairs, actual and likely error, in order of appearance in the text and have learners identify which they hear. It’s good for connected speech and words out of dictionary citation form.
If you have other ideas of activities, feel free to share in the comments!

This post is informed by my own research (Jones, 2017), but isn’t exactly part of it. It was partly inspired by a eureka moment at the sink while washing the dishes. I was thinking about coursebooks, and particularly the flow, when the connection came to me. Anyway, more below.

Take a moment to think about how a coursebook lesson flows. No prizes for guessing that it follows PPP. Usually it’s this: Schema activation (recalling and retrieving knowledge about a topic) activity from an image, perhaps some ‘Starter’ questions. Present language, using reading and/or listening text (usually alternating across a unit, with a reading sub-unit and a listening sub-unit). Move on to a grammar exercise or two. Finish with a ‘free’ speaking activity.
I’m going to look at this listening flow. I’m not going to say that schema activation is a waste of time at all but, does it need to be done every time listening is taught? I am going to say no because we don’t always know or have the ability to make reliable predictions about the upcoming content of conversations we are likely to be involved in or overhear. There is also the fact that in a survey I conducted with teachers about what they state their practices and beliefs to be (Jones, 2017), activating schemata massively negatively correlated with teaching bottom-up listening skills. Basically, teachers who say they activate schemata, say they don’t teach bottom-up skills and teachers who say they teach bottom-up skills say they don’t activate schemata. That bottom-up skills are neglected is not a given, however, but it is only the explicitly stated practice of a large minority. So less than half of the teachers I picked up through social media, the freaks who talk about teaching in their free time, teach bottom-up skills explicitly.
Why? “It’s not in the book” actually isn’t the answer. It is usually in the book, but it’s mislabelled as ‘pronunciation’. It’s a chance to practice what John Field (2008) calls ‘microlistening’ (Field, 2008, (ch. 5, p. 19/33), or decoding and practicing listening to features of connected speech in relative isolation to the rest of a larger text. It’s not always fantastic, but I bet, based on a study I did with Japan-based English teachers (Jones, 2016) on beliefs about pronunciation teaching, that it’s omitted by about 20% of teachers, and only taught at word level, with anything longer than phrase level being omitted by roughly half of teachers.
Why? I don’t have evidence for what follows, it’s just a theory, but I think the schema activation picture is a bit more attractive due to the nice flashy image, potentially with a vocabulary bank, compared to a half page made up of IPA characters to target aspects of speech such as weak forms or even scaffolding the decoding of unfamiliar lexical words. Unattractive books (or books that might look difficult due to a lack of images or actually using IPA) won’t be published for fear that they won’t sell, so learners and teachers who may want to use a book are left with the status quo. And the bottom-up listening masquerading as ‘pronunciation’ doesn’t get covered because it isn’t attractive, isn’t as easy to teach as a grammar exercise, and as Ableeva and Stranks (2013) state:

[T]he real purpose of many listening materials, then, appears quite clearly to be one or more of the following: topic extensions; exemplification of grammar; exemplification of functional or lexical items of language; lead-in to a learner speaking activity. All of these
are worthy and defensible aims, but they are not aims which are tied intrinsically to
improving learners’ ability to process spoken language.
(Ableeva & Stranks, 2013. p. 206).

So, it would be nice to have some teachers’ books to tell teachers to make more of the ‘pronunciation’ sections. It would be nice to have the ‘pronunciation’ sections labelled as ‘phonology’ or ‘listening’. It might just then join the dots for a lot of teachers, particularly novice teachers, to build learners skills to help them tackle longer listening texts with more confidence.