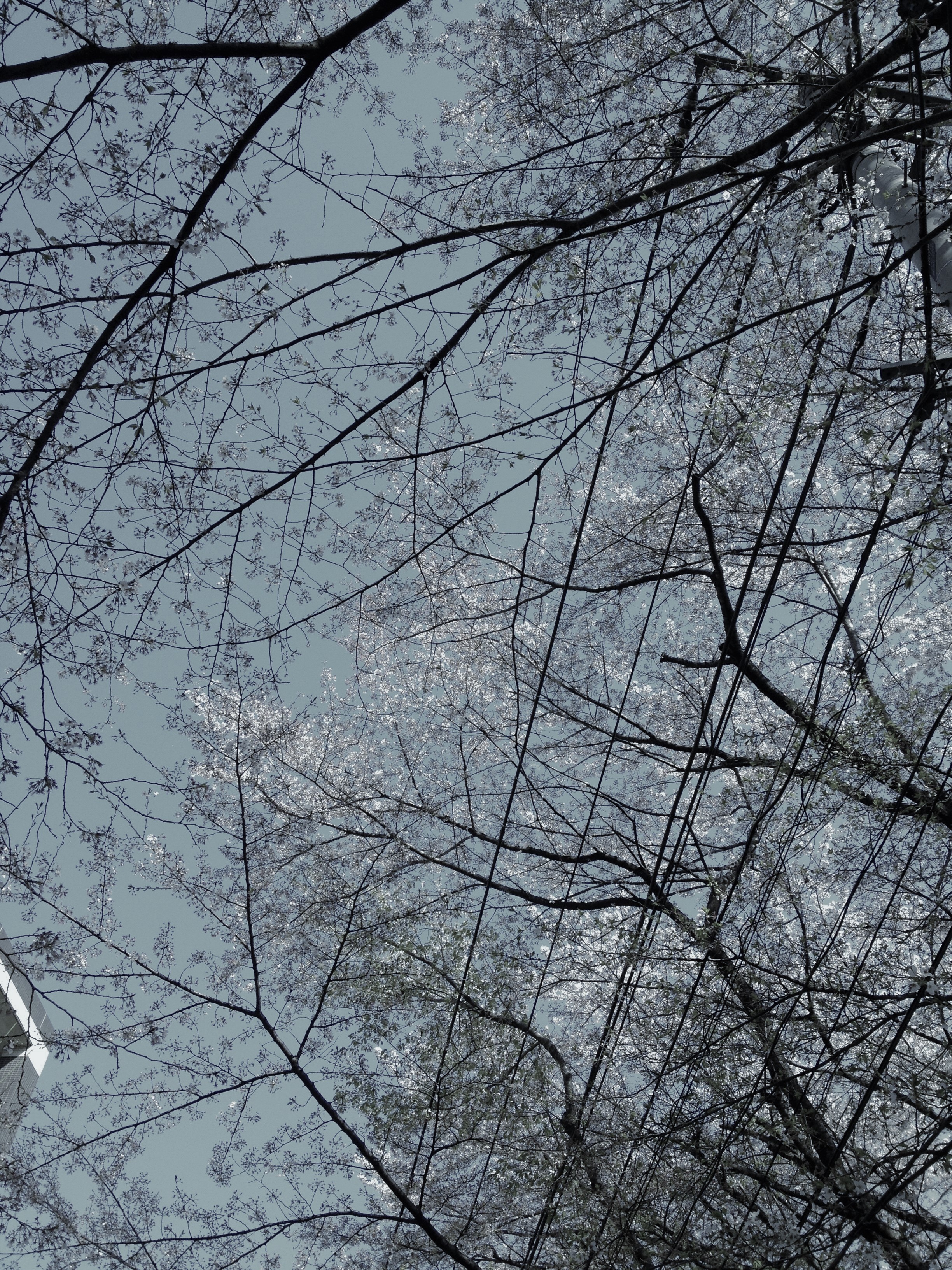 The title of this post harks back to my BA Film & Media Studies days at Sunderland, when we were assigned a reading by Jean Baudrillard about how the media portrays (or just doesn’t report) events has ramifications upon the perception of them.
What the hell are you talking about, Marc?
Bear with me, because hopefully it will be worth it. I organised the ELT freefor(u)m Tokyo on Saturday thinking I might bring about a little bit of knowledge sharing and a little bit of solidarity to language teaching. Of course it was a bit daft to think that some people would turn up to the park on either a day they are working or a day when they are off work with families or friends. It seemed to have a lot of support on Twitter. Elsewhere. Not in Tokyo.
Now, if I had dressed this up as a rampant success, would this have made the next one (and there probably will be another one after I have a really long hard look at myself in the mirror and listen to Denzel Washington’s “it takes a wolf” speech from Training Day or something) be even more successful and less of an outlandish prospect? I don’t know. I do know that Anna’s Reflective Practice group gets more than zero people going to it, but that’s after work. My after work is usually ludicrously late, and my not at work is the start or middle of other English teachers’ days.
Anyway, what I did do was be honest: it was not even a one-man-and-his-dog audience (actually, audience is a misnomer because this was supposed to be a crowd thing, in person, and grassroots and other hippie-centric words). It was the flipside of every cool, loner fantasy. Sitting in a park, with a sign, hoping that people would come. I gave it an hour and then buggered off to get coffee and read without needing to wear a jacket. It was less successful than a freeform jazz odyssey. I licked my wounds and sulked.
So, the point, Marc?
The point is that if you have harebrained ideas that involve people you need to get actual commitment from them, and you know, you could dress it up and not have a failed project in your results when people Google you, or you could try and learn from it even though you get massive bruises on your ego and feel like an arse for wasting your time and energy.
I got loads of feedback from my lovely Twitter network, including some awesome, detailed feedback from TaWSIGgers – and maybe this idea has legs, maybe elsewhere, maybe another day or time. If it doesn’t, well, even though the first Gulf War never happened, everyone is quite aware that the second one did, aren’t they?
So, what’s next?
Keep on with this, I think. I’ve been told not to give up, so I figure, if there’s still absolutely nobody by the third try, it’s not going to be me doing it. I need help; help might even be on the way. So although I deleted the ELT freefor(u)m blog in a tantrum, it’s not quite as moribund as it might seem. 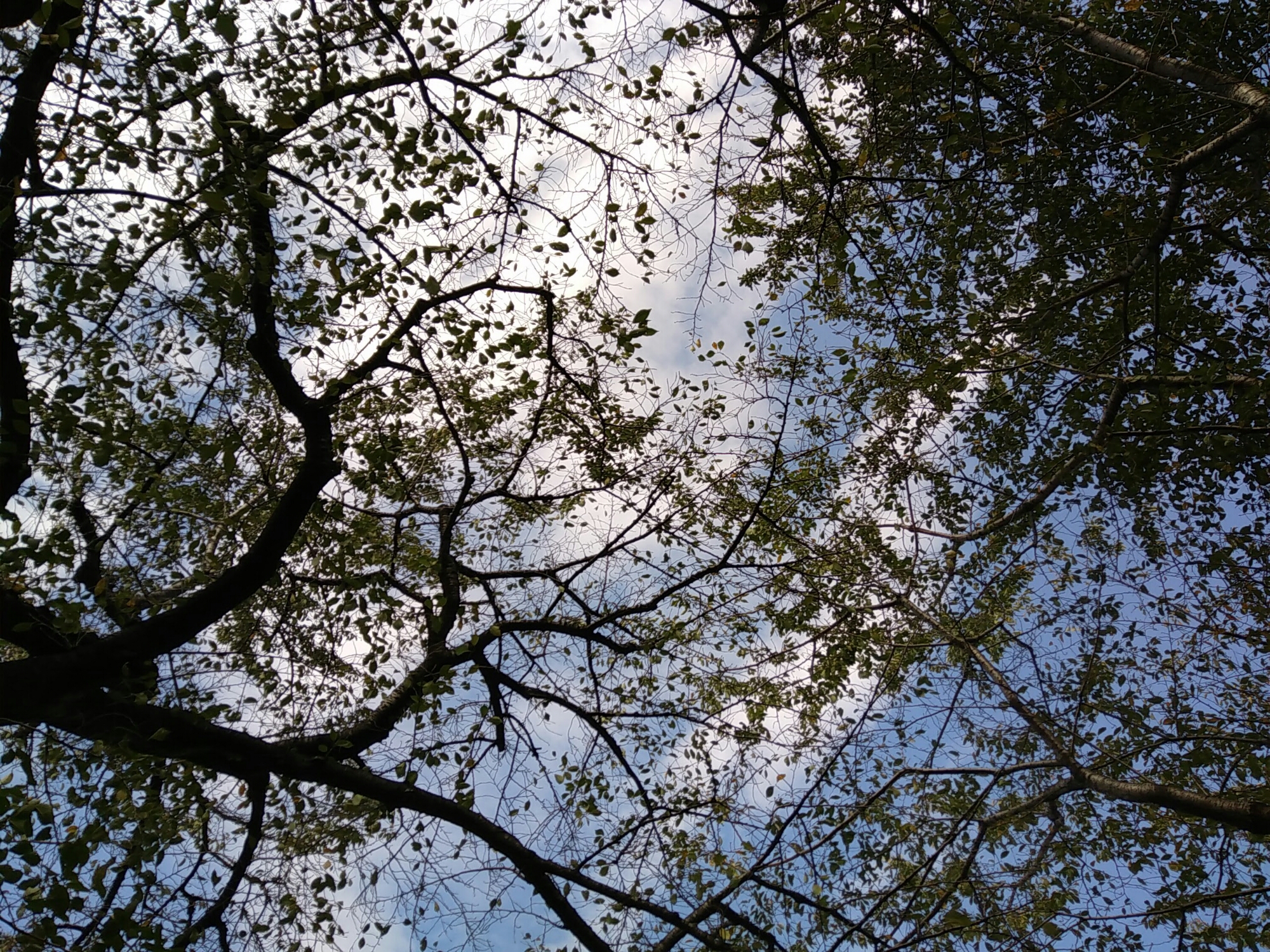 I’ve been, and still am, disillusioned with the industrial side (as opposed to the professional side) of English Language Teaching. This includes lack of professional development, overbearing influence of coursebooks and the massive global ELT publishers, deskilling by publishers and large chain schools and precarious working conditions. I’ve always tried to avoid being a naysayer in that when I’ve said ‘nay’, I hope that there’s at least one alternative proposed. Being that I believe action is necessary, I am going to propose action that sympathetic parties may wish to follow up on.
Work in loose, broad-church, accessible Special Interest Groups (SIGs)
IATEFL and TESOL International do not have the monopoly on operating SIGs. There is TaWSIG but other than that there are others that are SIGs by nature if not by name. The Dogme in ELT forum was such a thing. TEFL Equity Advocates is another. There is also ELT Advocacy Ireland, the Women in ELT group on Facebook, The C Group, and I suppose what we at #TBLTChat have been trying to do and what TLEAP are doing.
Realise it’s a broad church and many people do a range of things with varied experiences and dialogue can help us grow through shared practices, ideas, stories and knowledge. This then creates a culture. What do you care about? What are the itches you’re not getting scratched? Are there people who’ll do this with you? You don’t have to have a lot of people to start with; summoning shared energy shouldn’t be a problem.
Don’t Like Something? Make Something Else!
Don’t like textbooks? Try materials light teaching or making your own materials. Tell others.
Are listening materials rubbish? Could you make your own website? Tell others.
Do you hate this blog or feel it neglects things things? Make your own. Tell others.
We can, and I am reluctant to dictate but we should try to make the world how we would like it to be rather than settling for how it is. This change will not come easily but nor will it fall in our laps automatically without any kind of effort being applied.
We are all polymaths. We all have other skills and interests that can be brought together to build a better environment.

Commit but See Other People
You have your ideas and interests and you are what you are because of them. With other people’s knowledge and skills you can build further and better than you might otherwise do alone. Your loose, broad-church SIG can only benefit from outside knowledge and expertise.
Some of this, at least initially, may involve working for free
However, the beneficiary of this free work is you and your community, so you aren’t slaving away for someone else. You may even be able to make money from it later because people don’t mind paying for things with value, they just mind being ripped off. You then have a model, with this work, of how things could be. This might take reiteration. Keep looking, even if there are faults. Someone, somewhere might benefit.
Hopefully this is good for thought for some of us about our place in the world and gives us a more positive idea of where we might go next.
I’d love comments here, especially if you use the comments to build your own SIGs. 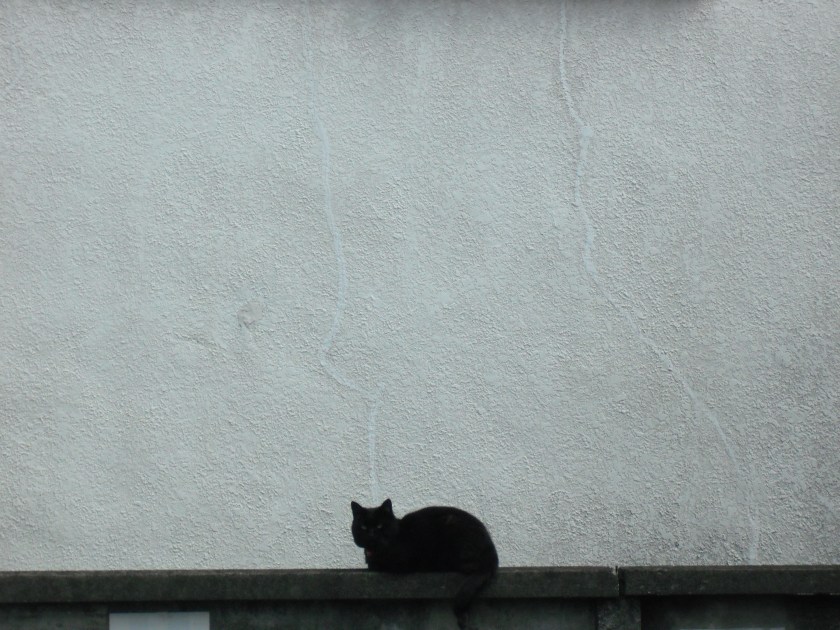 The ‘Gig Economy’, or as it used to be known ‘making people wait till you throw them some crumbs’ is one of the continuing shames of our profession. Casual work, often without contracts, with no holiday pay, sick pay, parental leave or any of the other benefits full-time workers enjoy is promoted as freelance work, with that kind of cool image of Tribeca loft apartments and commuting between clients on a bicycle with the wind in your hair. Not for us the waiting outside a meeting room, a bag of books, folders and papers hanging off us, eh?
I know that when I started freelance work and serial part-time work it was to do with better rates of pay. It’s always about better rates of pay. Working full time in a language school wasn’t going to pay enough to support a family. Yet two of the biggest providers of work for me for agency work are language school companies. The full-timers making about ¥2500 per hour get holiday pay and better health insurance and hybrid state and company pension. I forego those benefits to pay my own insurance and state pension but get more money.
This might be decried as me just having a moan, having cast myself as a Job-like figure of TEFL in Japan. Not quite. I earn decent money. What I’m complaining about is this:
If the same company can afford to pay ¥4000 per hour for very precarious conditions, or ¥2500 (or less) for less precarious conditions for the same work, isn’t it true that they can probably afford to pay the full-timers more or give freelancers less precarious work?
This is before anything like qualifications and experience are taken into account, and generally in Japan, they aren’t taken into account very much at all.
“Oh, but with the gig economy you’re free to do whatever you want to do. Freedom is good!” I imagine people saying.
I say it is not. I say that you’re probably just as beholden to work with the gig economy or even more so because of a fear that work could dry up leaving you wondering if you could adjust to a hunter-gatherer lifestyle. It’s all about control. Full-time leaves you beholden, freelance leaves you grateful for anything that comes your way. I’m lucky, because now I get none of my work through any of the Uber-for-EFL sites which have the flakiest students who want amazing, bespoke lessons for basically nothing, along with the right to cancel at a minute’s notice (and I am not exaggerating) with no fee.

What are the alternatives?

It may not seem like it, but there is a tiny sliver of light in the unrelenting darkness. There are communities that we make ourselves. Worker-owned cooperatives are the model that I think would be best, but this isn’t easy to sort out when you’re stretched with work already. Just knowing that somebody has your back is enough on some days; on others you need sick cover or a bit of help making some materials that you can’t actually find. 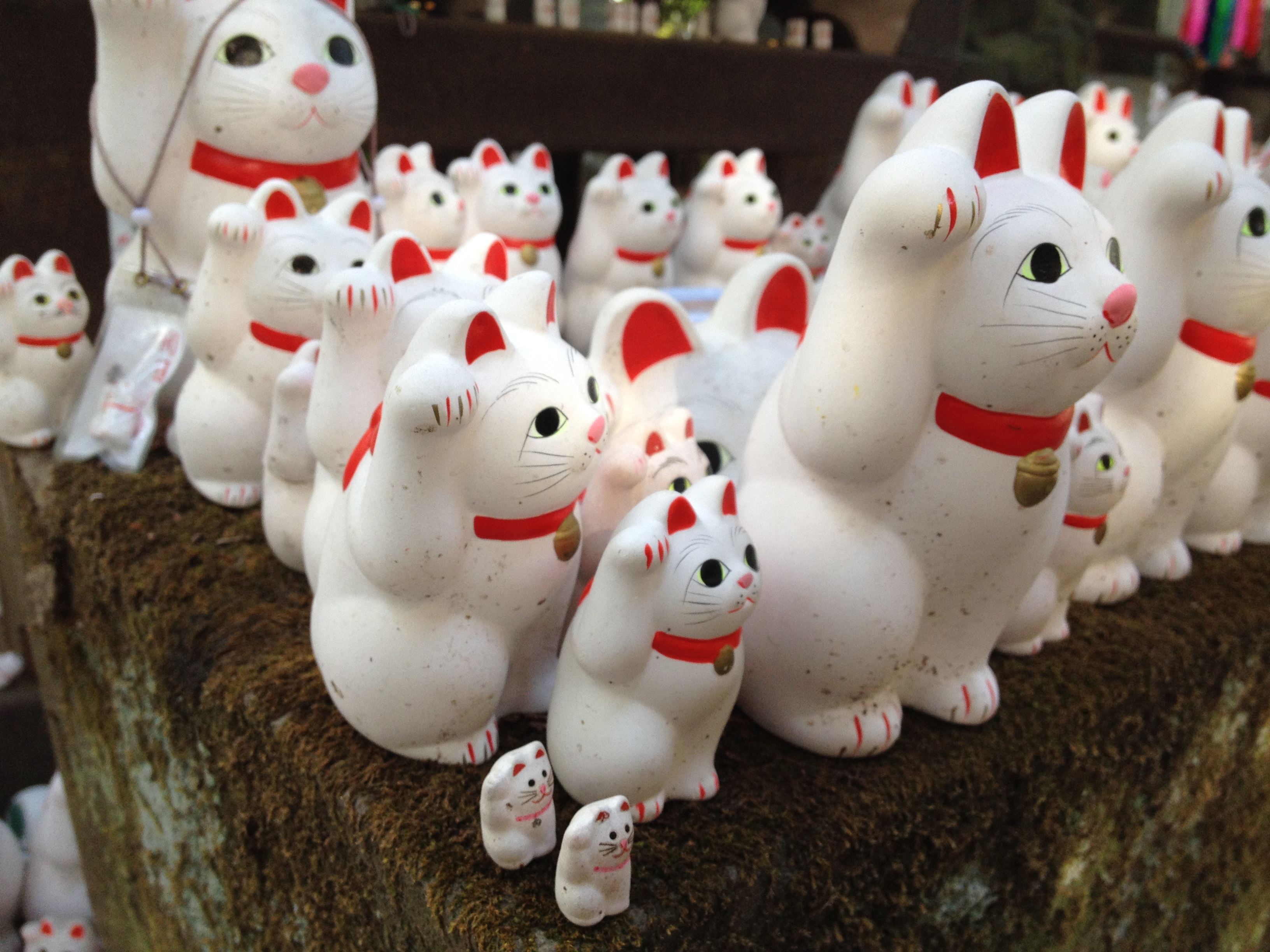 We need less of the rampant individualist and more small-scale collectivist behaviour. Know yourselves, your strengths and weaknesses. We need to work together, help each other and pool our labour to stop large operators being the only option. Otherwise we keep the status quo: TEFL elites writing million-quid coursebooks, junkets to large conferences and people from supposed non-profit organisations who haven’t taught in donkey’s years being paid ten times more than you to tell you about your classroom practice.